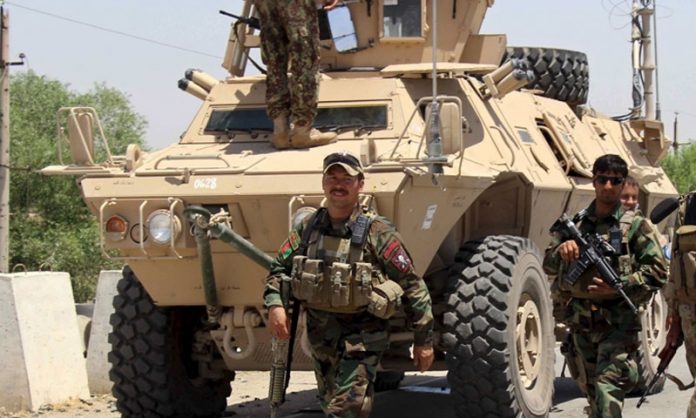 RAWALPINDI: Five Afghan army officers and 46 soldiers have been given shelter and safe passage in Pakistan, according to ISPR.

According to ISPR, the Afghan troops arrived in Chitral’s Erandu sector late last night. The local commander of the Afghan National Army had sought asylum from the Pakistan Army in Erandu sector Chitral.

The Pakistan Army contacted the Afghan authorities for information and other necessary measures, providing food, shelter and medical assistance to the Afghan soldiers.

ISPR says Afghan troops will be handed over to the Afghan government after due process.

Earlier on July 1, 35 Afghan soldiers had requested a safe passage, according to ISPR.