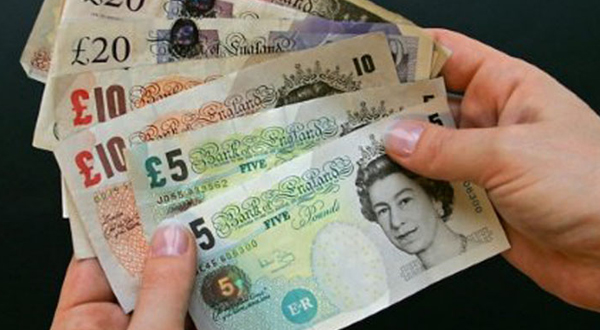 HONG KONG: The pound slumped to a fresh 31-year low against the dollar Wednesday while Asian equity markets tumbled as the negative effects of the Brexit vote sent traders fleeing to safety.

With last week’s global rally — inspired by promises of central bank stimulus after the poll — consigned to history, high-risk assets such as emerging currencies and oil have also been sent tumbling as fears begin to kick in.

“Just when you thought it was ‘safe to go back in the water’, the pound got pounded as speculation around Brexit forms into something more concrete.”

Hefty selling began in Europe on Tuesday afternoon when the head of the Bank of England said there was “evidence that some risks have begun to crystallise” following the shock June 23 vote for Britain to leave the European Union.

A biannual report from the bank’s Financial Policy Committee said the outlook for the country’s financial stability was “challenging”.

The measure provided support to London stocks, but was unable to prevent a sell-off across the rest of Europe and New York.

Adding to the sense of panic was news that three commercial property funds worth billions of dollars had suspended trade and blocked client redemptions.

The moves come as fears grow that the vote will lead companies — particularly banks in London — to shift operations from Britain, fuelling a surge in selling and a slump in prices.

The flight to safety saw the dollar fall towards 100 yen. Emerging market currencies floundered with South Korea’s won losing one percent against the dollar, while the Indonesian rupiah shed 0.4 percent and the Malaysian ringgit 0.9 percent. Australia’s dollar also sank one percent.

On oil markets Brent and West Texas Intermediate each fell 0.7 percent while gold, which is a go-to commodity in times of uncertainty, climbed 1.4 percent to $1,368.

“The lack of confidence and growth will weigh on sentiment,” Mark Lister, head of private wealth research at Craigs Investment Partners in Wellington, told Bloomberg News.

“For anyone that’s reaped the benefits of the equity bull market it’s definitely time to consider taking some profits, if you haven’t already, and move to a more defensive stance.”