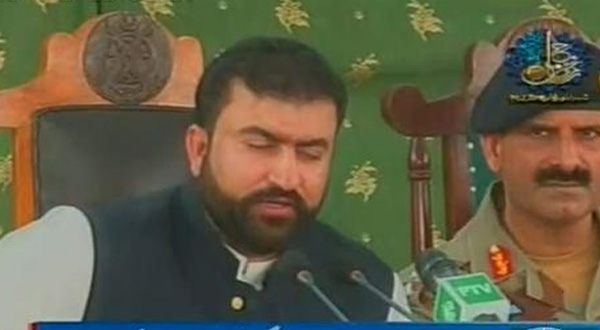 Addressing a press conference at FC headquarters in Quetta, Bugti maintained that after the BBC report which claimed that the party was getting funds from India, it should be banned.

The minister further claimed that even the conspiracy to break up Balochistan from Pakistan is being hatched in Karachi.

Speaking regarding security forces operations in the province, the Balochistan Home Minister said that Qilla Abdullah, Dera Murad Jamali, Bhag, Khanozai Pishin are the areas where recent successful operations have been carried out.

He further said that a huge quantity of arms and ammunition was seized during the operations, adding that three terrorists were also apprehended.