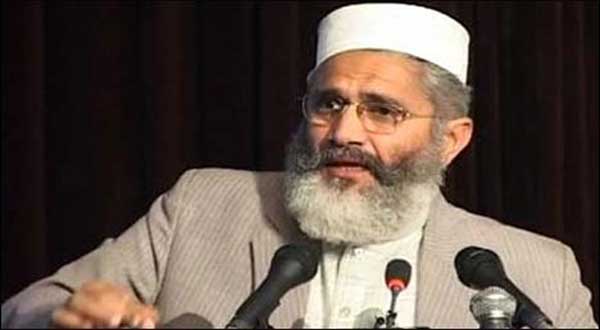 Talking to media in Islamababad, Sirajul Haq expressed grief over the silenc of many Muslim countries over the humanitarian issue.

He also lashed out at the internatioanl community for turning a blind eye to the persecution of Rohingya and urged the world to help the stranded community.

“They are helpless, hungary and without shelter… seems they have no place in this world.. they are dying in boats”, remarked Siraj.

Earlier, a memorandum was submitted in United Nations (UN) Islamabad office over the crimes committed against the Muslims of Myanmar.

JI also announced a protest over the issue on June 14.

Rohingya Muslims, a minority which endures persecution in Myanmar were forced to leave the country by groups of men armed with knives and guns.

Thousands of of Rohingya are still stranded at sea.