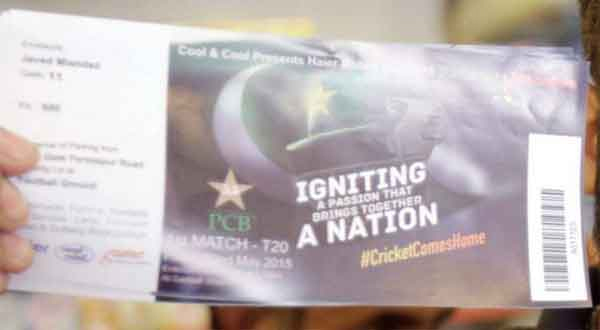 LAHORE: As many as 600 tickets of Pakistan and Zimbabwe matches have been stolen from Pakistan Cricket Board (PCB).

Sources said that secret hands have stolen around 600 tickets from the PCB headquarter in Lahore.

The PCB has registered F.I.R of the matter in Lahore’s Liberty police station. While the PCB  was conducting internal inquiry of the matter as well.

The stolen tickets were of Fazal Muhammad and Imran Khan enclosures of Qaddafi Stadium Lahore.

One of SP of the area confirmed registration of the case in this regard. While police have claim to arrest a man for selling Pak vs Zimbabwe matches tickets in black.