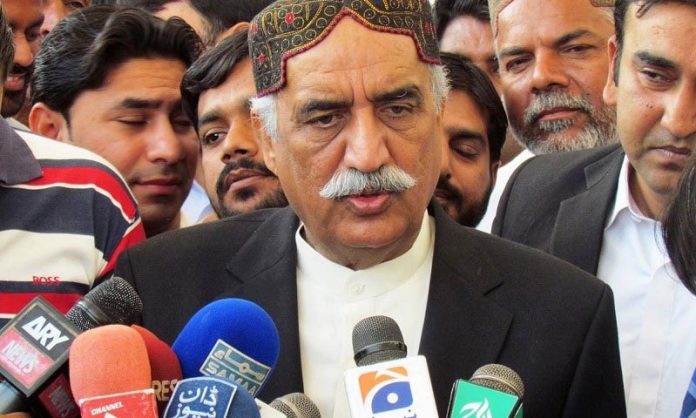 SUKKUR: PPP leader Khursheed Shah has been released from Central Jail on Saturday.

PPP workers welcomed Khursheed Shah outside the jail in Sukkur.

Later, the PPP leader left for his residence with a convoy of workers.
It may be recalled that Khursheed Shah had been in jail for more than 25 months in assets beyond means case. He was arrested by NAB in 2019 from Islamabad.

Earlier in the day, the Supreme Court had issued orders for the release of Khursheed Shah on bail, after which the PPP leader’s son submitted a bail bond of Rs10 million to the accountability court.

Former opposition leader Khursheed Shah was taken to the accountability court from Central Jail to sign bail papers, where the court, after confirming the Supreme Court order, issued orders for his release.