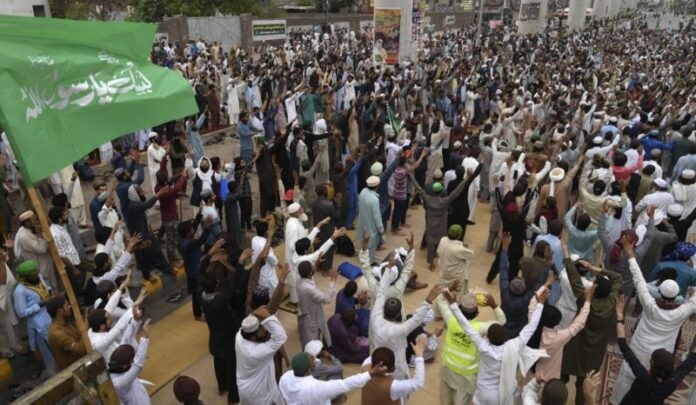 LAHORE: The banned Tehreek-e-Labbaik Pakistan (TLP) has announced a long march towards the federal capital Islamabad today for the release of its chief Saad Hussain Rizvi.

Activists of a banned religious and political party have been staging a sit-in at Yateem Khana Chowk for the last two days.

According to the executive council of the banned TLP, the workers will leave for Islamabad for a long march after Friday prayers.

In April this year, TLP chief Saad Hussain Rizvi was arrested and the organization was banned.