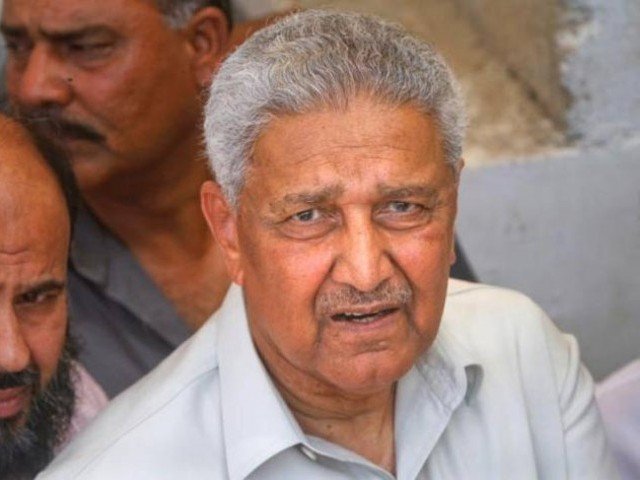 Dr. Abdul Qadeer Khan was rushed to the hospital this morning due to lung problems where died.

Sources said that Dr Abdul Qadeer Khan was brought to KRL Hospital around 6 am where his condition had deteriorated. Doctors tried their best to save the nuclear scientist but at 7:04 am he passed away.

His funeral prayers will be offered in Faisal Mosque today at 3:30pm.

Interior Minister Sheikh Rasheed said that Dr Abdul Qadeer Khan would be buried with full state honours and his funeral prayers would be offered as per his will.

Dr. Abdul Qadeer Khan was born in Bhopal, India in 1936 and immigrated to Pakistan with his family in 1947 after the partition of India.