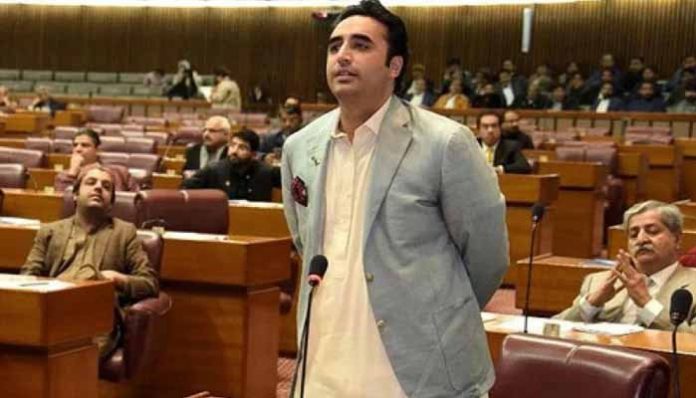 ISLAMABAD: PPP Chairman Bilawal Bhutto Zardari has requested to Prime Minister Imran Khan to ask the ISI to tap Shah Mehmood’s phone as he had campaigned all over the world as a Foreign Minister in PPP era to replace then PM Yousuf Raza Gilani with him.

Bilawal added that because of that campaign Qureshi was removed as foreign minister.

Expressing his views in the National Assembly on Wednesday, Bilawal Bhutto said, “Now Khan Sahib will know what Shah Mehmood is. The honourable member from Multan has repeatedly mentioned my name but I will not take his name. I do not care about him.

The PPP chairman said:”You don’t know as much as we know him. The honourable member took my name, you give me a chance. It is my right. If I am allowed to speak under the speaker rules, then I promise we will sit peacefully and listen to your Prime Minister.