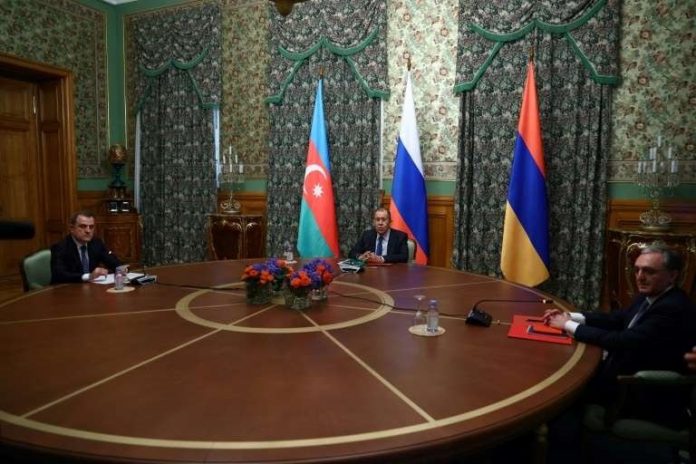 MOSCOW: Azerbaijan and Armenia have agreed to a ceasefire and a plan to initiate talks over the Nagorno-Karabagh, a Russian foreign minister says.

He said that the ceasefire will come into effect at 08:00 GMT on Saturday.

The Russian foreign minister said that the development had come after 10-hour talks.

At least 300 people were killed in the fighting that broke out on Sept 27 over the disputed Nagorno-Karabakh territory.