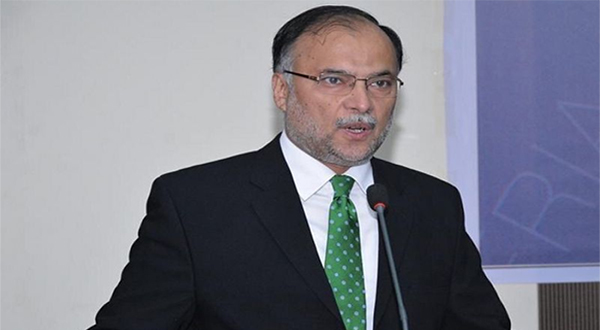 Speaking in the Senate, Mushahidullah while raising doubts over the transparency of the Ehsaas Program said that Ahsan Iqbal also received a message to collect the cash aid.

The PML-N senator strongly criticised the government initiatives taken to limit the coronavirus in the country.

Later, while responding to the PML-N criticism Leader of House in the Senate Shibli Faraz paid rich tribute to those fighting against coronavirus on the frontline.

He said that the pandemic is not only our issue but a global problem.

Faraz said that by the Grace of Allah there had been less deaths reported in Pakistan as compared to the US and Europe.

Despite having less resources, Pakistan took major steps to limit the pandemic, he added.