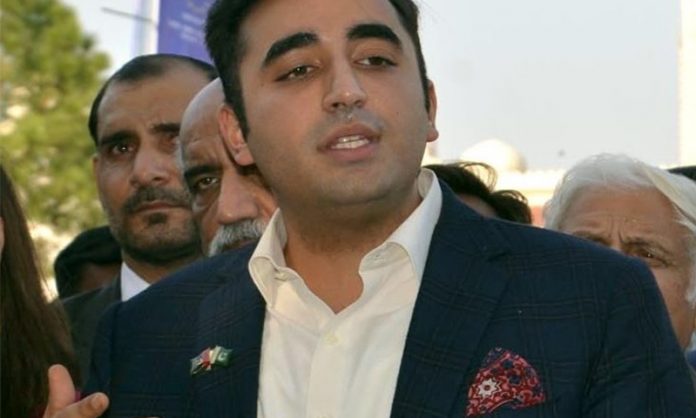 KARACHI: Pakistan Peoples Party Chairman Bilawal Bhutto Zardari has come out all guns blazing against the government and the National Accountability Bureau (NAB) amid reports that the country’s top graft-buster is preparing to file references in a multibillion-rupee money laundering case involving key PPP leaders.

“NAB is a bureau of political engineering which was established by the then military dictator Pervez Musharraf,” Bilwal said while speaking at a news conference at the Sindh Assembly on Wednesday. “Look at the Benami accounts. What is it? It’s an attempt at political engineering,” he added.

He went on to say that the case surfaced in response to a news conference he had addressed at Ghotki during the last general elections. He questioned the very rationale for the suo motu notice taken by the Supreme Court in the Benami accounts case.

At the Ghotki presser, Bilawal had said that democracy in Pakistan was in trouble and that “some forces that are still trying to weaken our democracy”. He had said that his party would not allow that to happen.

“The suo motu notice was taken based on purported slackness in investigation,” he wondered. “This is surprising because in this case the FIR had been registered, preliminary [investigation] report submitted and a banking court had already been hearing it,” he said.

He referred to the murder of Zulfikar Ali Bhutto, assassination of Benazir Bhutto and Asghar Khan cases and asked if there was no slackness there. Shutting eyes to the blatant rigging in the 2018 elections, rampant violations of human rights and gagging of the media, the Supreme Court took suo motu notice in the Benami accounts case. “This shows that it was part of political engineering,” he alleged.

Bilawal also questioned the very formation of a joint investigation team to probe into the Benami case. “Then appointing ISI [Inter-Services Intelligence] on the JIT is an undemocratic precedent,” he claimed. “This not only politicises the ISI but also the judiciary. Rather this militarises the judiciary.”

The PPP chairman also condemned the arrest of Sindh Assembly Speaker Agha Siraj Durrani by NAB calling it ‘regrettable and shameful’. “The bureau of political engineering arrested Durrani from Islamabad on trumped up charges. And I condemn this in the strongest words,” he said.

Bilawal said that income beyond means is a vague term which NAB used for political engineering and vendetta.