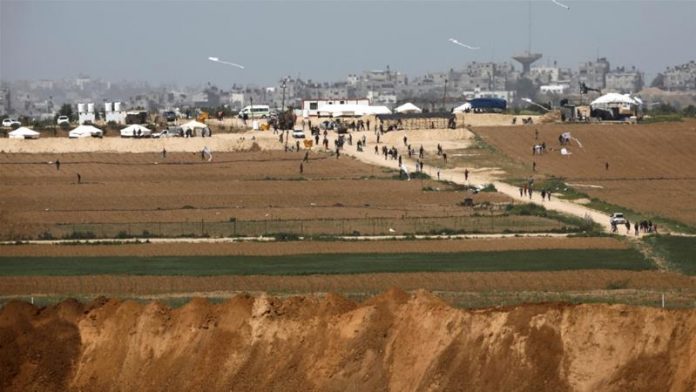 Several thousand people protested in the occupied West Bank and Gaza Strip on Tuesday to mark an annual day in support of Palestinians jailed by Israel.

A few thousand gathered in the Gaza Strip, while there were smaller demonstrations across the West Bank as Palestinians marked Prisoners’ Day.

Around 6,500 Palestinians are currently in Israeli prisons for a range of offences and alleged crimes, according to the Palestinian Prisoners’ Club.

Of those, around 500 are detained under so-called administrative detention laws, it says.

The prisoners’ club also says around one million Palestinians have been detained by Israel since the country was founded in 1948.

Dozens of girls carrying photographs of women prisoners demonstrated on Tuesday outside the headquarters of the International Committee of the Red Cross, west of Gaza City.

In Nablus in the northern West Bank, around 1,000 people gathered, while a few hundred demonstrated in Bethlehem and Ramallah.

There were no reports of major clashes.