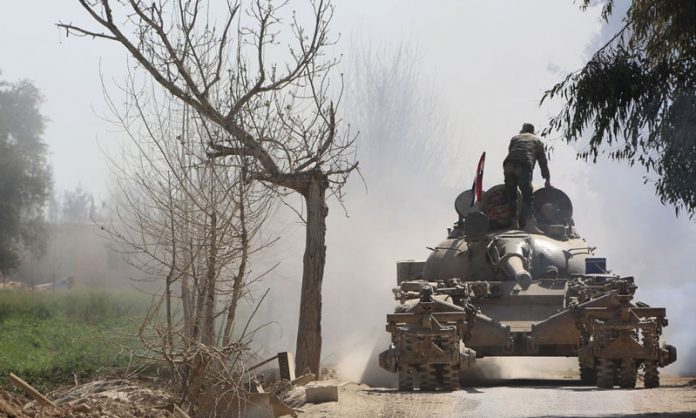 A Syrian rebel group, which still controls a pocket of the Ghouta enclave in the east, on Thursday announced a ceasefire from midnight to allow negotiations with the regime’s ally Russia, a spokesman for the faction said.

The announcement came after air raids targeted the part of southern Ghouta under the control of the Faylaq al-Rahman rebel group.