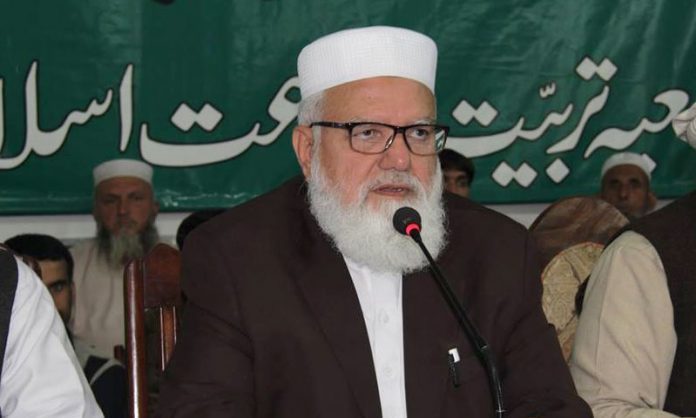 LAHORE: Secretary General, Jamaat e Islami, Liaqat Baloch, has said that Prime Minister Nawaz Sharif’s sticking to his office after the incriminating JIT report would be detrimental for the PML(N)’s politics and the election of a new leader of the House was the dictate of democratic and moral norms.

Addressing the central advisory body of the JI at Mansoora, he said that the Panama case had turned out to be a turning point in the country’s political history and the judiciary should carry the ruling family’s accountability to its logical end. He said that the burden on the state system and the judiciary had increased and it was imperative to bring military dictators and the corrupt elements of civil and military to accountability besides the politicians.

Liaqat Baloch urged the political parties to join hands for national priorities, accountability, democracy and a corruption free system in the country. He said the JI was already in touch with the opposition parties and the political forces inside and outside the parliament for arriving at a national charter as it believed that the unity of the democratic forces was inevitable for foiling the conspiracies against democratic and parliamentary system.