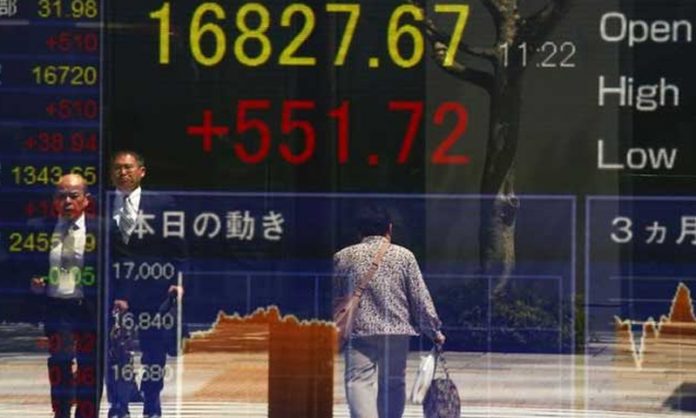 TOKYO: Tokyo stocks opened slightly lower Tuesday morning, though Toshiba plunged on a report it is likely to record a huge special loss related to a US subsidiary’s acquisition of a nuclear power service company.

Overall, deals were quiet as global investors gradually returned to the market after the holiday break, with an end-of-year dearth of trading factors subduing broad movements.

The company is expected to report a roughly 100 billion yen ($850 million) one-time loss for the fiscal year ending March 2017, the leading business daily Nikkei reported, while public broadcaster NHK reported the figure could go up to 500 billion yen.

Nikkei said the loss was related to a valuation dispute over Westinghouse Electric’s purchase from Chicago Bridge & Iron of a nuclear service company.

“Currently we are studying a loss of some 100 billion yen… linked to the purchase”, Toshiba said in a statement following the reports.

“There are technical indicators flashing certain signs, but there aren’t any events left this year, and I see 2016 ending with little disturbance, and small moves,” Seiji Iwama, a fund manager with Daiwa SB Investments, told Bloomberg News.