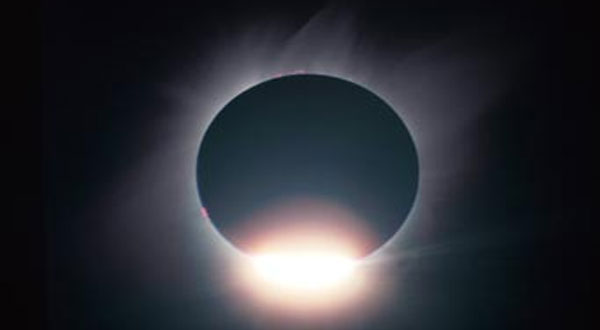 ISLAMABAD: Solar Annular Eclipse will occur on Thursday (September 1), which will be visible only from Africa, Indian Ocean, central Africa and Madagascar.

The eclipse would begin at 11:13 PST and end at 17:01 PST while the eclipse magnitude would be 0.9736, an official of Pakistan Meteorological Department (PMD) told APP.

An annular solar eclipse occurs when the Moon appears smaller than the Sun as it passes centrally across the solar disk and a bright ring, or annulus, of sunlight remains visible during the eclipse.

Health experts advised that sun can be viewed safely with the naked eye only during the few brief seconds or minutes of a total solar eclipse.

Partial eclipses, annular eclipses, and the partial phases of total eclipses are never safe to watch without taking special precautions, they said.

Even when 99% of the Sun’s surface is obscured during the partial phases of a total eclipse, the remaining photospheric crescent is intensely bright and cannot be viewed safely without eye protection.

Do not attempt to observe the partial or annular phases of any eclipse with the naked eye. Failure to use appropriate filtration may result in permanent eye damage or blindness, they cautioned