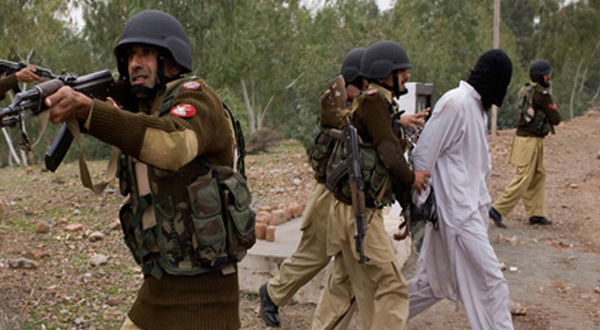 At least two terrorists were killed and 12 were arrested during a raid conducted by the Frontier Corps (FC) personnel in Panjgur district of Balochistan here on Saturday.

FC spokesperson said that two terrorists were killed and 12 were arrested after exchange of fire in Naag area of Panjgur district.  A large cache of automatic weapons were also recovered from the terrorists who were involved in cases of abduction for ransom and attacks against security forces.