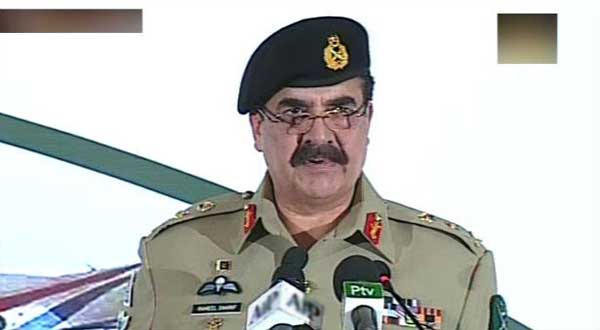 ISLAMABAD: Pakistan Army Chief General Raheel Sharif on Thursday said that Pakistan’s armed forces are capable of overcoming all challenges assuring that the nation does not need to worry about the ‘India’ threat.

In an informal talk with journalists after meeting Senator Raza Rabbani, the Chief Of Army Staff  (COAS) sai that the overall security situation of the country has improved adding that ht populace shall not worry about aggression from India as Pakistan army is fully capable of averting any threat.

The COAS discussed the security situation of the country with veteran politician and senator Raza Rabbani.

Earlier on Wednesday while speaking at National Defence University, Sharif  said that the Kashmir issue is an unfinished agenda of partition adding that Pakistan wants the solution of Kashmir issue according to  the Unoted Nations resolutions over the issue.