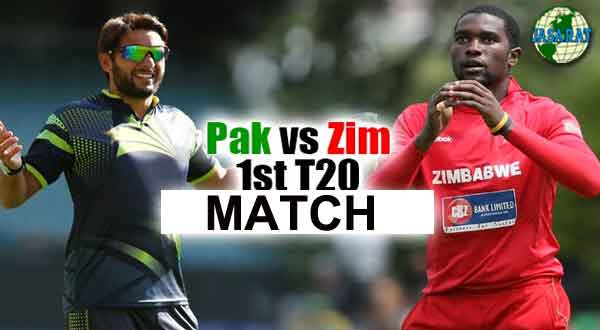 LAHORE:  Friday (today) is a historic day for Pakistan as first International Cricket match will be played  after six years on Pakistani ground.

Pakistan Cricket Board (PCB) instructed cricket fans to reach in the stadium before 5 pm. The PCB said that no one would be allowed to enter in the stadium after Zimbabwean team step in the Gaddafi Stadium.

Special and fool proof, strict security haven been taken around Gaddafi Stadium for historic commencing of international cricket in Pakistan.

Thousands of police, elite and Rangers personnel will be deployed to ensure security.

Both teams will play two T-20 and three ODI matches in the tour.

An attack on Sri Lankan team back in year 2009 had blocked international cricket in the country.