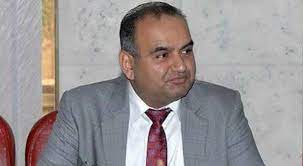 Ramesh Kumar has taken a stand in the petition that Shahbaz Gill leveled allegations in the live show against him. Kumar said that Gill gave his phone number to PTI supporters and now he is receiving death threats.

Traitors are being trapped, most dissidents will return: Imran Khan

The PTI dissident leader said in the petition that at the request of Shahbaz Gill thousands of calls from PTI workers were coming to him nd his family members were being harassed.

He said that a campaign was being launched against him at the behest of Shahbaz Gill.

The dissident PTI leader demanded that immediate action be taken against Shahbaz Gill and others and that police security be provided to him.

Earlier, Prime Minister Imran Khan has said that the biggest rally of history would be held on March 27 and several people will return due to public pressure.

Addressing the function after laying the foundation stone of Ring Road project here on Saturday, Prime Minister Imran Khan said that Rawalpindi Ring Road would facilitate the citizens. Cities are expanding and farmland is shrinking.

He said that the Rawalpindi Ring Road project would bring change in the entire city. Now I know that this time a record crop of potatoes has been harvested. Our population is growing. We have to save our agricultural land.

Imran Khan said that the politics of money has come to the fore in Pakistan but the no-confidence motion did a great job that these people were exposed. There is a market for people to buy.

He said that Sindh government’s money is people’s money but politicians are being bought with Sindh’s money. Money is being given in Sindh House like thieves. If people are annoyed with us then why do they need police protection. Peaceful protest is everyone’s right.