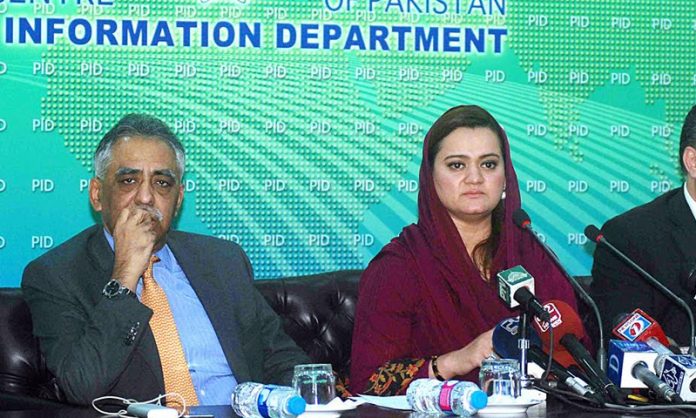 Addressing a press conference in Islamabad on Tuesday, Marriyum Aurangzeb said that in the previous era, there was an attempt to bring black law of PMDA, we have abolished it. There is no need for any media authority with PEMRA.

Murree tragedy case to be heard daily, verdict to be announced in a week: LHC

Federal Information Minister Marriyum Aurangzeb said that PECA 2016 would be reviewed with all stakeholders. We will sit down and discuss whatever improvements will be made, she added.

She further said that the Right to Information Act was passed in our previous era. We will set up a commission on it so that it can start its work. We will accept the criticism wholeheartedly. When Nawaz Sharif was the Prime Minister, there were talk shows regarding Panama Lakes, PEMRA had not issued a single notice. Shehbaz Sharif remained the Chief Minister of Punjab for 10 years and but no restrictions were imposed on the media.