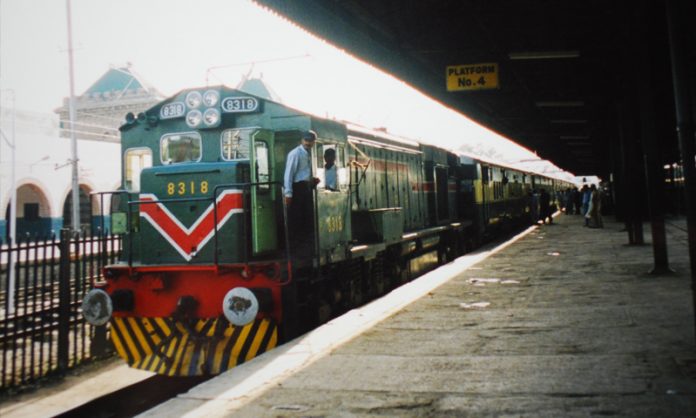 Karachi: Pakistan Railways extended the suspension of train operation from Karachi for 10 more days citing damages to train tracks from Nawabshah to Khairpur.

The department has issued a notification to reimburse advance booking fees to customers.

According to details, the train operation from Karachi has been suspended for the past 27 days due to flooding. The operation would be partially restored until the end of September, railway sources.

Train tracks have started drying at multiple locations from Nawabshah to Khairpur, while, the track is underwater from Paddidan to Bojeri, officials said.

The 366 km track from Bhirya road station to Paddidan has dried up completely. While, train operation, with a caution speed of 15 km/h, can be restored from Bojeri to Paddidan.

The department is conducting a survey of the track situations from Ran Pathani to Khairpur.

Railways had announced to restore operations of eight more express trains to Rohri, weeks after operations were suspended following devastating monsoon rainfall which resulted in floods in the Sindh province.