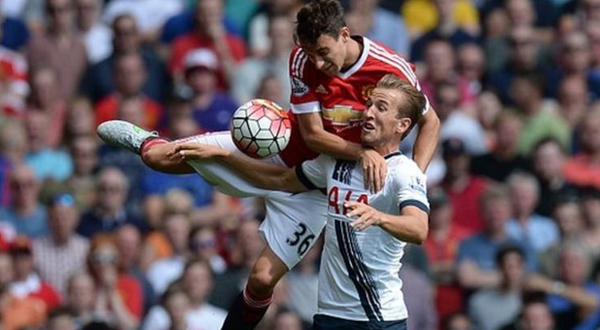 LONDON: Tottenham Hotspur will once again grapple with historical portents on Sunday when their bid to prevent Leicester City running away with the Premier League title sees them entertain Manchester United.

It is 15 years since Tottenham last won a home league game against United and they spurned one opportunity to reverse a long-standing trend last weekend when a 1-1 draw at Liverpool — where they have won just once in 22 league visits — allowed Leicester to open up a seven-point lead.

With Leicester visiting third-bottom Sunderland earlier in the day on Sunday, Spurs could be 10 points off the pace by kick-off, but manager Mauricio Pochettino says his side will not abandon hope.

“You need to believe in football that things can change,” he said.

“It’s important for us to be focused and prepared, but we can’t play when Leicester play. We can only do our job and be focused on the three points.

“We will see what happens with Leicester. It’s important for us to believe and to fight. There are six games ahead and anything can happen in football.”

While Tottenham continue to believe in a first league title since their feted league and FA Cup double of 1961, the omens for victory over United are not good.