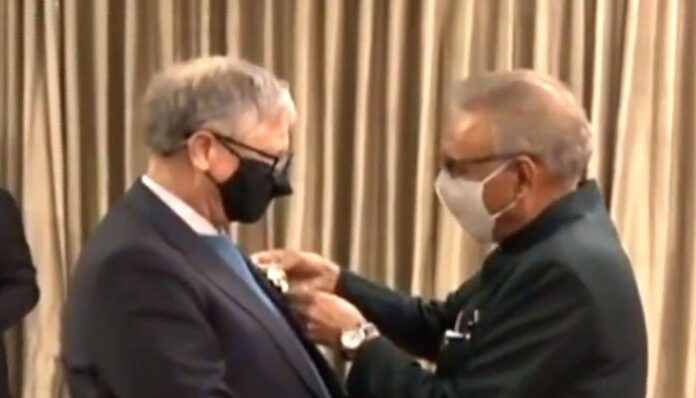 The award was given to Bill Gates at a special ceremony held at the Aiwan-e-Sadr. Federal ministers and other dignitaries participated in the ceremony.