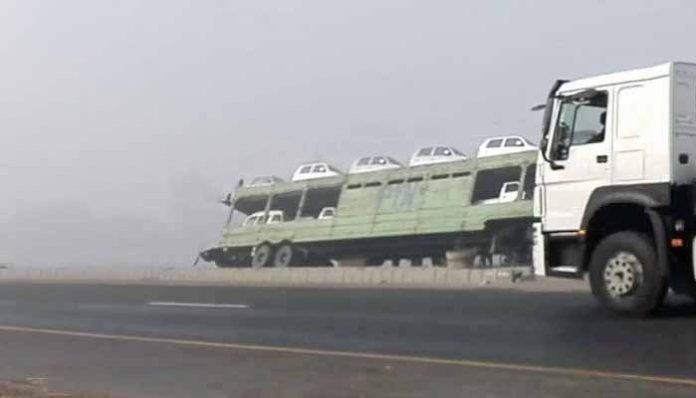 Nawabshah: A trailer carrying electrics vehicles imported from Korea had an accident at National Highway,here on Friday.

According to motorway police, the accident took place at Daulatpur in Nawabshah due to over turning on high speed,Modern vehicles in the trailer were completely destroyed.

As per motorway police the trailer was going to Lahore from Karachi carrying 13 elctric cars which was imported from Korea, However all the vehicles in the trailer were completely destroyed and the accident is being investigated.

According to details,there is no casualities in the accident while the rescue teams rushed to the spot and shifted the injured to a nearby hospital for immediate medical assistance.