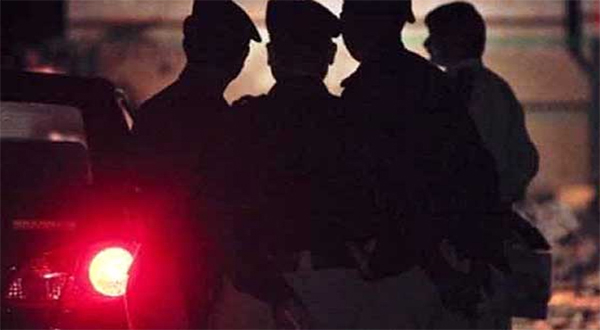 According to details,Sindh interior department has set up a JIT to investigate the matter of foreign terrorists arrested from Shah Latif Town and also issued a notification in the regard.

The notification said that,the JIT has been  made on the request of IG Sindh Mushtaq Mahar,JIT was established under the leadership of SSP(CTD) Arif Aziz, Which includes the officers of ISI,IB,Rangers,Special Branch and Police,The JIT can get help from any agency for its support and has been directed to submit the reports within 30 days after the completion of investigation.

As per details, IG CTD had recommended  to set up a JIT to investigate foreign terrorists arrested from Shah Latif Town.

The police said that,In an initial investigation the terrorists made an important confessions while the JIT will conduct a solid investigation including reviewing these confessions,there is a possibility of press conference regarding these issue from Federal government.

It is to be mention here that a house in Shah Latif town was raided by CTD  on reports of presence the terrorists on which the terrorists open fire on the CTD officers while one terrorist was killed in an exchange of fire and five were arrested and large amount of explosives was recovered.