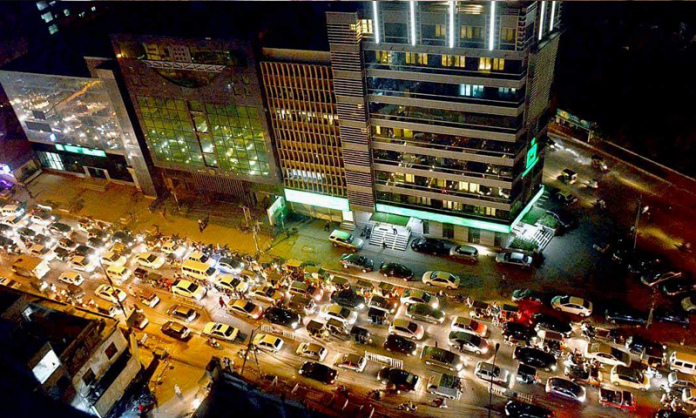 Karachi: Protestors clashes with passersby on I.I Chundrigar road,here on Thursday, The protestors blocked the road and jammed the traffic.

As per media reports, the area residents blocked the road while demonstrating against water,electricity and gas closure,due to which the traffic flow badly affected.

Protestors said that they have been facing many problems due to gas closure for several days,there are difficulties in completing the work,we don’t want  “NAYA PAKISTAN”.

Traffic police said that to restore traffic,vehicles are being diverted from Shaheen complex to SM Law college , And the traffic from Jinnah bridge is being sent to Mai Kolachi and Jamaat Khanaa bridge.

It is to be mention here that I.I Chundrigar road was the economic hub of Karachi and from where thousand numbers of passerby used this way to go to their destination.