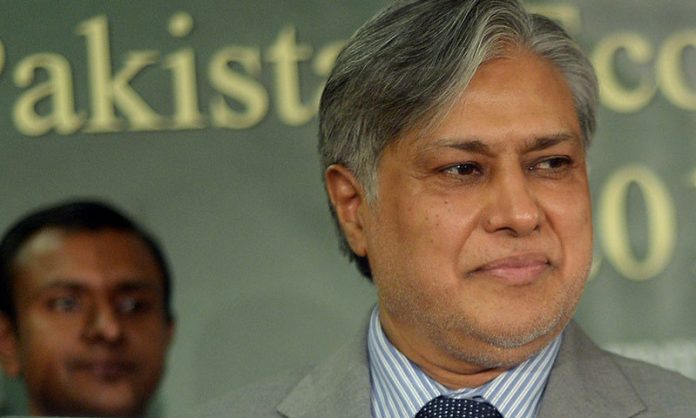 PML-N Senator Ishaq Dar took oath as a federal minister today (Wednesday) at 10am after he was sworn in as senator following his return to Pakistan from London — where he lived for five years in self-imposed exile.

President Arif Alvi administered the oath to Dar at Aiwan-e-Sadar.

Dar, who had been successfully elected to the Senate from Punjab, remained out of the country since October 2017 until an accountability court suspended his arrest warrant last week.

Dar is all set to get the finance ministry portfolio in line with the decision made during a London meeting of PML-N supremo Nawaz Sharif and Prime Minister Shehbaz Sharif.

PML-N leader Miftah Ismail Tuesday officially stepped down as the finance minister of the country by handing over his resignation letter to PM Shehbaz.