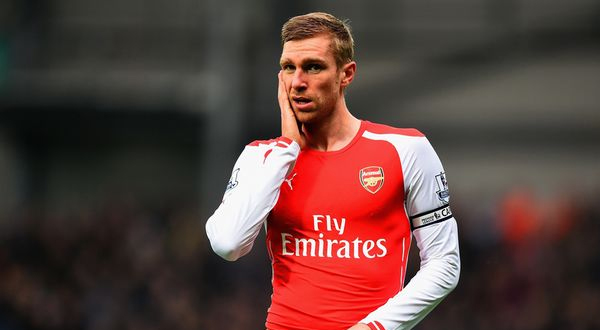 LOS ANGELES: Arsenal defender Per Mertesacker will be “out a few months” with the knee injury that prevented him from joining the Gunners’ North American tour, manager Arsene Wenger said Tuesday.

In a press conference looking ahead to Thursday’s Major League Soccer All-Star Game in San Jose, where Arsenal will take on a collection of the North American league’s top players in its’ annual mid-season showcase, Wenger indicated he’d be looking for a way to compensate for the absence of the German World Cup winner, who picked up the injury in last Friday’s friendly at Lens.

“We should look for an option, of course, to get a bit more experience,” Wenger said.

He indicated some of his young center backs would see time on Thursday, but he would also be looking to bolster the squad.

“With Per being out, we are a bit short on experience and we are looking to bring somebody (on the transfer market),” he said.

Calum Chambers is Arsenal’s most experienced center back in the States for matches against the MLS All-Stars and Chivas of Mexico.

As far as other areas of the field, Wenger confirmed that new signing Granit Xhaka and US international Gedion Zelalem would see time against the MLS All-Stars.