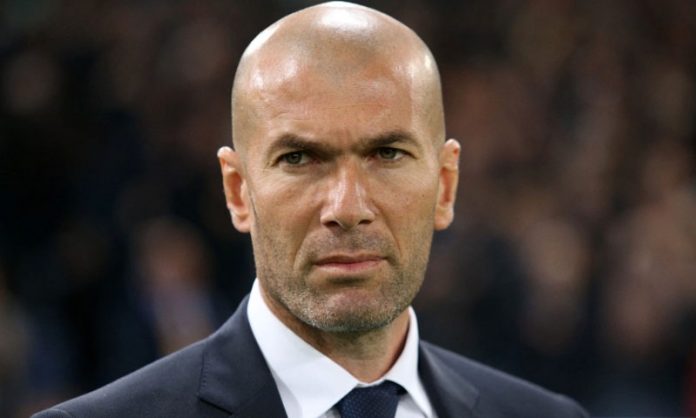 Zinedine Zidane believes the negative reaction to Real Madrid’s last-gasp win over Juventus has been “disgraceful, upsetting and deceptive”, and borne out of jealousy towards the European champions.

Cristiano Ronaldo held his nerve to send his side through 4-3 on aggregate after Juve had staged a remarkable comeback, levelling the tie by leading 3-0 at the Santiago Bernabeu.

Gianluigi Buffon launched a scathing attack on Oliver after the match while sections of the Italian and Spanish press were also criticial of Real’s victory.

Corriere dello Sport, a daily sports newspaper in Rome, led with the headline ‘Che Furto’, meaning ‘What A Theft’, while Sport, the Barcelona daily, carried ‘El Robo Del Siglo’ on its front page, ‘The Theft Of The Century’.

Zidane, however, maintains his team fully deserved to go through.

“When people talk about it being a robbery I get angry – it is clear what we are doing annoys a lot of people,” Zidane said on Saturday.

“There are people that are anti-Real Madrid, but nobody is going to change that. Nobody can change the history of this club, what it has achieved.

Zidane added: “To be honest I think it is disgraceful, upsetting and deceptive. Anyone who says it was a robbery, I really don’t agree.”

Buffon was sent off for dissent on the pitch and then vented his anger off it too, by saying Oliver lacked personality and should have watched the game at home with his wife.

It could mark a dramatic end to Buffon’s Champions League career, given the 40-year-old is expected to retire at the end of the season.

“Those were his words,” Zidane said. “He was stressed, his feelings were heated. You have to respect his point of view but I think we deserved to qualify for the semi-finals.”

Real will now face German champions Bayern Munich in the semis, in a repeat of last year’s quarter-final, which Los Blancos won 6-3 on aggregate.

“I think they are an even better team this season than last,” Zidane said. “No team will have the upper hand, maybe us playing the return leg at home, but I would say the tie is evenly balanced, 50-50.”

Before then, Real turn their attention to Sunday’s trip to Malaga in La Liga, where they sit fourth in the table, 15 points adrift of leaders Barcelona.

Sergio Ramos is likely to return, having been suspended in midweek, but Zidane is expected to rest other key players for the match.