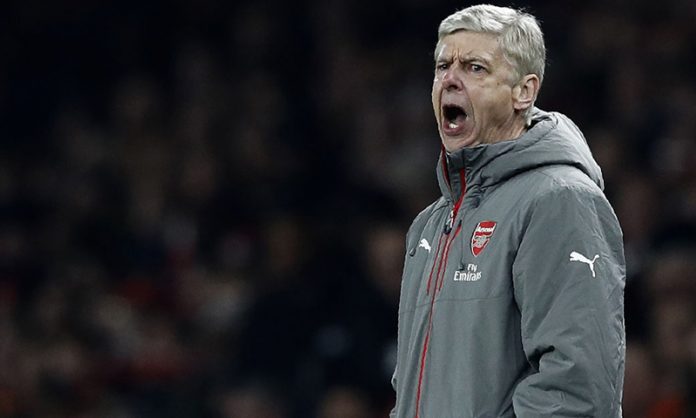 Arsene Wenger called Mike Dean a “disgrace” and accused the referee of dishonesty after barging into the official’s dressing room for a furious rant following Arsenal’s controversial clash with West Bromwich Albion.

Arsenal manager Wenger was frustrated by Dean’s decision to give West Brom a late penalty when the official adjudged Calum Chambers to have handled Kieran Gibbs’ cross in the 1-1 draw at the Hawthorns on December 31.

A independent disciplinary hearing on January 5 gave Wenger a three-game touchline ban and £40,000 fine for the incident but the panel’s written reasons were only published on Tuesday.

In Dean’s incident report, now published by the Football Association, he stated: “As we’ve entered the dressing room after the game Mr Wenger stood behind us in the doorway and told the West Brom steward to ‘let him in’.

“He was very aggressive leaning towards me, pointing aggressively at me saying ‘you’re not honest’ on numerous occasions.

“I replied ‘so you’re calling me a cheat’. He replied ‘I maintain what I say, you’re not honest’.

“He then said ‘you’ve done this to us many times before, you’re supposed to be professional, you’re a disgrace’. He was then ushered out of the room by the West Brom safety officer.”

Four days after his blast at Dean, Wenger was in trouble again.

He was formally warned after complaining about a “farcical” penalty awarded during a draw with Chelsea.

Wenger watched Arsenal’s fixtures against Nottingham Forest, Chelsea and Bournemouth from the stands while he served his ban.