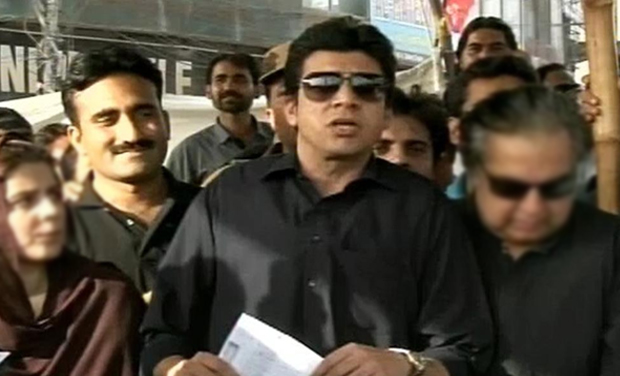 The Supreme Court on Sunday ruled that the Election Commission of Pakistan (ECP) has no jurisdiction under the Constitution to decide upon the pre-election disqualification  of a lawmaker.

In its four-page short order, the top court nullified the verdicts of the ECP and the high court and said: “ECP has no jurisdiction […] to inquire into and decide upon the matter of pre-election disqualification and disqualification of a returned candidate.”

The former PTI leader apprised the court that he received a citizenship renunciation certificate from the US authorities on June 25, 2018, the SC mentioned in the order. It further said that Vawda admitted his mistake and apologised unconditionally to the SC.

In a notification issued by Imran Khan’s signature on PTI’s Twitter account, it has been said that Faisal Vawda has not responded to the party’s show cause notice terminating his basic membership.

Earlier, Leader of Pakistan Tehreek-e-Insaf (PTI) Faisal Vawda had said that Arshad Sharif’s death is a murder, which was plotted in Pakistan. Many bodies are going to fall in the coming days under the guise of March.

The leader of Tehreek-e-Insaf said that the death of Arshad Sharif was a murder, which was plotted in Pakistan, Arshad Sharif’s mobile phone and laptop will not be found, the evidence has been erased, it was said that Arshad Sharif went to London, but he He did not go to London, those people are behind Kenya’s election for Arshad Sharif, who want to break the country. If my chairman tells something, I will believe it 99%. I was doing.

He said that the peaceful march that Imran Khan is going to do is our democratic right, blood is blood in the long march, funerals are only funerals, the game of dead bodies and blood should be stopped in this country. There was a conspiracy behind it, conspirators against Pakistan are present in Pakistan and are internationally connected, a conspiracy is being hatched under the guise of the Long March narrative, imported personalities and many bodies are going to fall in the coming days under the guise of the march. Say yes but don’t die an innocent death for someone else, I see a lot of blood flowing in the guise of peaceful protest.