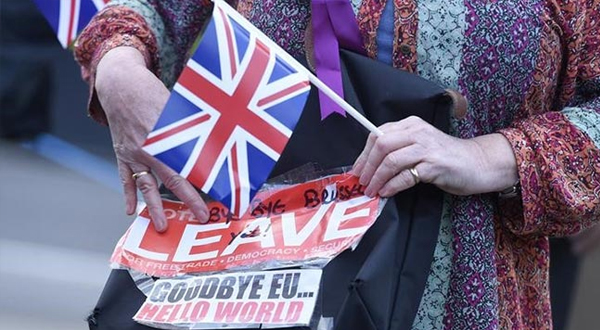 The vow applies to agricultural funds until 2020, structural and investment projects signed before the government’s budget update this autumn, and university bids won under the Horizon 2020 research and innovation programme.

“The UK will continue to have all of the rights, obligations and benefits that membership brings, including receiving European funding, up until the point we leave the EU,” Hammond said in a statement.

“We recognise that many organisations across the UK which are in receipt of EU funding, or expect to start receiving funding, want reassurance about the flow of funding they will receive.

“That is why I am confirming that structural and investment funds projects signed before the autumn statement and Horizon research funding granted before we leave the EU will be guaranteed by the Treasury after we leave.

“The government will also match the current level of agricultural funding until 2020, providing certainty to our agricultural community, which play a vital role in our country.”

The cost will depend on the level of applications for funds, and on when Britain leaves the EU.

“Around about #4.5 billion a year would be the level we would expect,” Hammond added.

Prime Minister Theresa May’s Conservative government has indicated it will not trigger the two-year EU withdrawal process before the end of this year.

Campaigners for Britain to stay in the EU in the June 23 referendum had highlighted the funding benefits of membership to key sectors such a farming and research.

But the Brexit camp argued that any shortfall could be covered by ending Britain’s contributions to the EU budget, which stood at about #12.9 billion in 2015, after the rebate.

Projects covered by the government’s guarantee include a new facility at the University of Manchester to develop research into graphene — a material which scientists say could transform consumer electronics — using #5 million from the European Regional Development Fund.

However, president Sir Venki Ramakrishnan said some researchers and scientists had already missed out on collaborative projects because European colleagues were worried about funding.

“I think that is why this measure is so welcome because we have been hearing anecdotal reports of people not being willing to collaborate with certain UK collaborators because they weren’t sure that they would be able to stay for the full duration of the grant,” Ramakrishnan told BBC Radio 4.

The Country Land and Business Association (CLA), which represents more than 32,000 farmers, landowners and other businesses, hailed Saturday’s announcement.

“It will provide a significant degree of reassurance to farmers and other landowners across the country,” said CLA president Ross Murray.

“We have been clear, since the start of the EU referendum campaign, that this is the first decision ministers had to make to reassure rural businesses in the advent of a Brexit vote.”