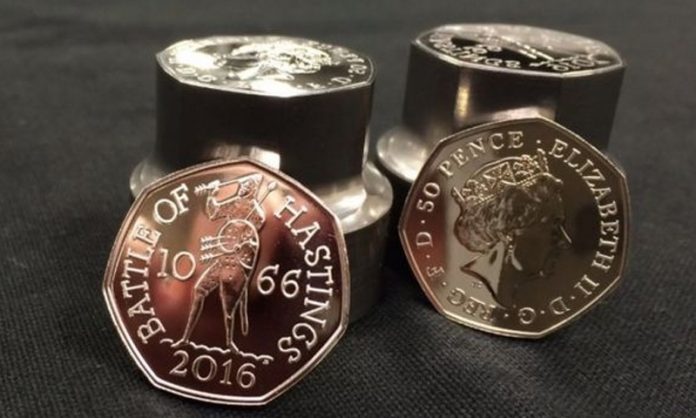 A commemorative 50p coin will be issued to mark the UK’s departure from the European Union (EU) next year.

The Budget documents confirmed the coin would be made available in spring 2019.

According to The Sun, the coin will feature the Queen’s head and the date 29 March 2019 and on the reverse the phrase “Friendship with all nations”.

A 50p coin was struck when the UK joined the European Economic Community in 1973 and when the UK held the presidency of the EU in 1998.

It is not yet known exactly what the new Brexit coins will look like.