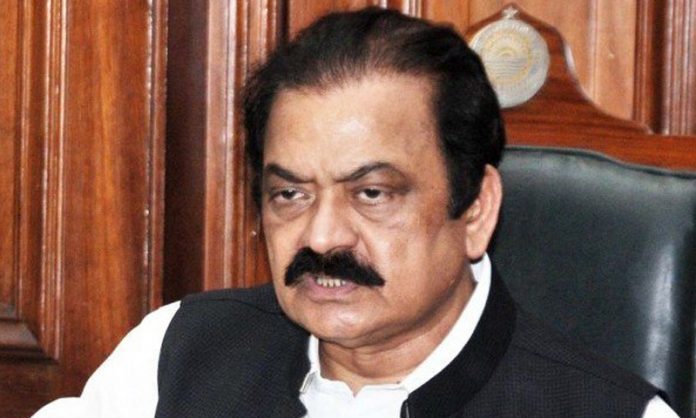 Federal Interior Minister Rana Sanaullah on Saturday admitted that tough decisions taken by the federal government to get the bailout package by the International Monetary Fund (IMF) caused runaway inflation which the government was unable to control.

However, he said that the opposition gloating that their narrative against the government was gaining popularity in the masses was an incorrect perception.

He said this while addressing a news conference in Islamabad on Saturday.

“An attempt is being made by the opposition to paint their their narrative as popular among the masses,” Sanaullah said, adding, “It is a fact when it was the PTI govt, there was inflation and the government of the time was blamed.”

“We could not control inflation, we do not deny it,” he admitted.

The interior minister said that it was their hope and calculation that as soon as the deal with the International Monetary Fund (IMF) is brokered and the bailout program is put back on track, relief would be given to the people.

On resuming the IMF program, Sanaullah said that there were obstacles.

“Some of it was due to the anti-state policies of Imran Khan and the very wrong deal done with IMF,” he said.