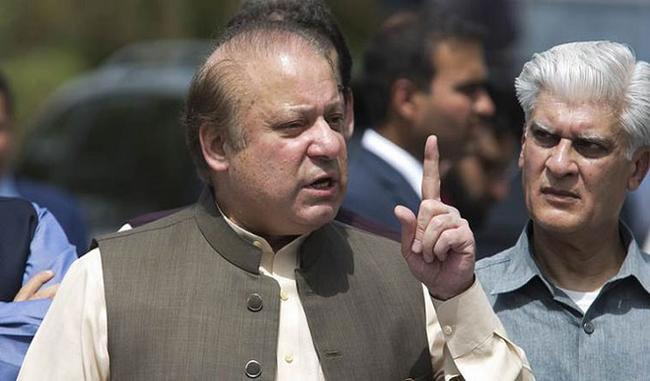 Nawaz Sharif, who was deposed from his prime minister seat over the Avenfield references and other corruption allegations following the Panama Papers, on Thursday expressed his gratitude to God for showing to the world who spoke the truth and who spoke falsehoods.

Speaking to the media outside his London dwelling about his daughter Maryam Nawaz’s acquittal in the Avenfield reference, Nawaz recalled that a few years ago, he had left all his matters to God.

“If a man is true and on the right path, then God does not abandon him,” he said, adding that God had today sided with the truth.

“God has shown who was right and true,” he said, adding that the entire nation and the whole world had now seen who was correct.

The court had also raised questions on the evidence presented by the National Accountability Bureau (NAB) terming them grossly insufficient. The court had also remarked that NAB had failed to adequately prove the relation between Nawaz and Maryam in the alleged graft or any ties to Nawaz whatsoever.