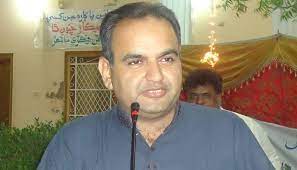 It may be recalled that this claim by Ramesh Kumar has come to light at a time when preparations are underway for a no-confidence motion against Prime Minister Imran Khan and there are around 24 MNAs of PTI in Sindh House Islamabad.

In an interview, Ramesh Kumar said that 33 people of PTI have settled issues with different parties, among these 33 people are also 3 ministers of PTI. 24 members of PTI were present in Sindh House.

Ramesh Kumar said that MQM-P, PML-Q and BAP party should decide on their own. The important point is that we have never seen this culture of abusive gossip, always pointing out that this thing is wrong, but the prime minister ignored and always listened to those who praised him.

He said that Pakistan has come to the point where it is alone and economically backward. The prime minister has lost the confidence of the House, it would be better for the Prime Minister to resign and the new prime minister should lead the OIC meeting.

Earlier, Raja Riaz, a member of the Pakistan Tehreek-e-Insaf’s (PTI) Jahangir Tareen group has claimed that there were 24 MNAs are present at the Sindh House in Islamabad.

Talking to Geo News at the Sindh House, Raja Riaz revealed that they were present in Sindh House due to attack on Parliament Lodges.

On the allegation of sack of notes and horse trading by the government, Raja Riaz said that we disagree with Imran Khan so we will decide according to our conscience and vote. Imran Khan guarantee that members can decide whatever they want. And if there is no action from the police then they are ready to go to Parliament Lodge from here.

He further said that there are other people who want to come here but PML-N is not able to accommodate them, because they have their own members.

Nawab Sher Wasir, another PTI MNA in Sindh House, said that he would not contest the next election on PTI ticket, but would fight independently or would decide by asking the people.

In response to a question, he said that Fawad Chaudhry would be hugged in the PTI meeting before voting on no-confidence.

There is no need to seek permission from Fawad Chaudhry to vote, he said.