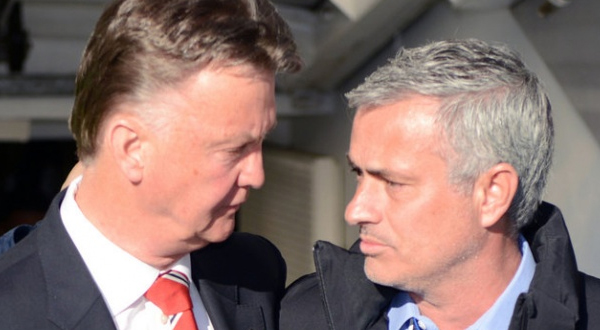 LONDON: Jose Mourinho was widely reported to be close to joining Manchester United on Monday as The Times said his agent was due in England for talks on replacing embattled manager Louis van Gaal.

British media have been awash with reports of van Gaal’s demise, after a leak from an unknown source spread as Manchester United lifted the FA Cup on Saturday.

The Dutchman cryptically commented, “It’s over” as he left the squad’s London hotel on Sunday, but it was not clear whether he was referring to his tenure or United’s season.

The BBC said van Gaal had not been informed whether he was staying for next season, although it said Saturday’s 2-1 win over Crystal Palace was believed to have been his last game.

The Times reported that he is fuming over his treatment by the club, adding that Mourinho’s agent Jorge Mendes was flying to England to “conclude negotiations” on a three-year contract.

There has been no official comment from the 20-time English champions, although the no-nonsense van Gaal was defiant after Saturday’s Cup final.

“I show you the cup and I don’t discuss it with my friends of the media, who already sacked me for six months,” the 64-year-old said.

“Which manager can do that, what I have done?”

Despite winning their first trophy since the great Alex Ferguson’s retirement in 2013, van Gaal’s United didn’t challenge for the Premier League title and failed to qualify for the Champions League.

Fans were also unhappy with the brand of football their team played under van Gaal, which many felt ran counter to the club’s traditional attacking style.

Mourinho saw his second spell as Chelsea manager end with the sack in December, after last season’s champions made a miserable start to the their Premier League title defence.