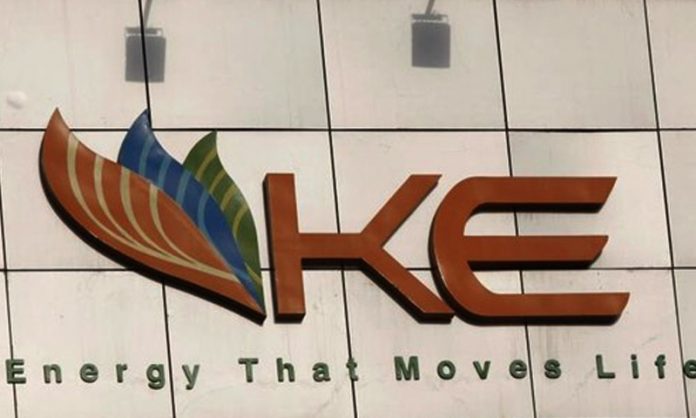 KARACHI: The city’s power utility, K-Electric (KE), on Monday was stopped from collecting municipal charges in its bills, noting that residents cannot face the possibility of losing their power if they do not pay the power bill because of auxiliary charges which are not linked to their power consumption.

This was directed Monday by the Sindh High Court (SHC) Monday while hearing an application filed by a citizen against the power utility collecting municipal charges. The case was heard by Justice Syed Hasan Azhar Rizvi.

During the hearing, the court asked why K-Electric was collecting municipal charges? Adding that citizens were now dumping their garbage in the trucks of the power utility.

Justice Rizvi observed that KMC should build its recovery cell to recover its charges while speaking to KMC administrator during the hearing.

Karachi Administrator Murtaza Wahab appeared before the bench and explained that the charges were being collected in line with a resolution first passed by the city district government in 2008 and has been collected ever since.

Wahab said that annually, the city used to collect around Rs160 million under the charges. But after routing it through power bills, they expect the collection to go up to around Rs3.5 billion per annum even though they had lowered the tax from Rs200 to Rs50.

At this, the plaintiff said that the quantum of charges had been tied to the power units consumed.

The city administrator further admitted that the Karachi Municipal Corporation (KMC) had tried to collect the charges on its own but has remained unsuccessful; hence KE was requested to collect them on their behalf.

Justice Rizvi noted that KE was currently embroiled in a tiff with the government and raised questions about whether the taxes collected by KE would be transferred to the local government.

He further asked whether the city councils, who are due to use these funds, are even active.

On other taxes charged by the city councils, including property and motor vehicle taxes, Justice Rizvi asked how much money the city was getting under those heads. The court also sought data about shop board fees.

Wahab replied they were talking with the Sindh government on the motor vehicle tax.

The court asked Wahab that if they charge for MUCT, they must also provide the services, observing that there was scant cleanliness across the city.

Wahab argued that once they receive the collected charges, it will help fund several developments works across the city and improve services. He further added that they are working on improving the city’s infrastructure, including roads, parks and footpaths.

At this, the court asked that this was already the primary purpose of the KMC, adding that results of the work done were not visible with roads in most parts of the city in a poor state of repair, parks are barren, and many areas of the city plunged into darkness after sunset because there are no street lights, leading to a spike in street crime.

He asked why the Sindh government does not help KMC in this matter.