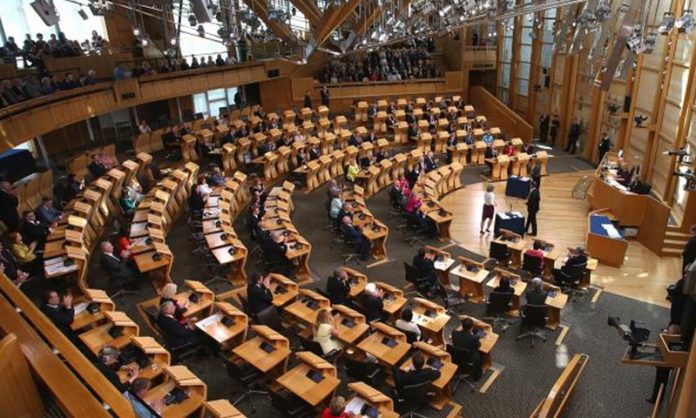 Members of Scottish Parliament backed a motion lodged by Scottish Greens co-convener Patrick Harvie, insisting the UK should revoke Article 50 in the absence of an extension allowing for a People’s Vote.

In a largely symbolic move, the motion passed by 89 votes to 28, with the Scottish Tories voting against.

It came ahead of MPs voting on a series of alternative Brexit options at Westminster.

Harvie said the UK should be prepared to “revoke and move on”. He said: “As yet, we don’t know what the result will be tonight from the indicative vote process at Westminster.

“We can be fairly sure that it won’t result in a simple, sudden clarity, a sort of first-past-the-post, winner takes all, outcome. There will still be choices to make. There will still be uncertainty. There will still be the threat, the huge threat, of social, economic and political damage from any form of Brexit, and there will still be those trying to push the country over the cliff edge to deliberately make this crisis even worse. Whether a withdrawal agreement is adopted or not, we must see an extension long enough to put it back to the people and if that doesn’t happen, then we must cancel the crisis, revoke and move on.”