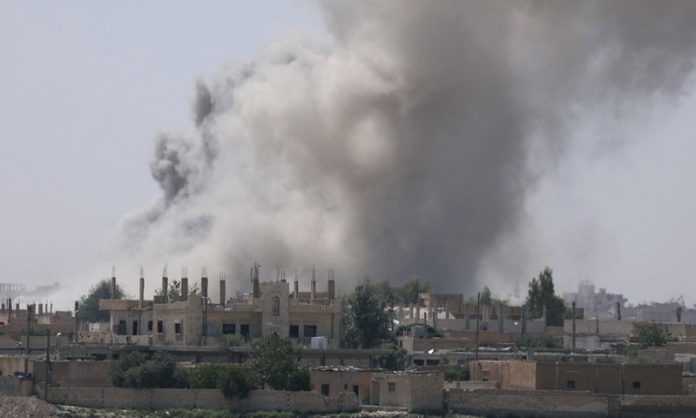 MOSCOW: Missiles on Friday hit Ukraine’s capital as Russian troops pressed their advance while Kyiv authorities said they were getting ready for an attack aimed at overthrowing the government.

Air raid sirens sounded in Kyiv and some residents took shelter in underground metro stations. Ukrainian President Volodymyr Zelenskiy has vowed to stay in the capital as his forces battled the Russian advancing forces.

He said he would stay in the capital and his family is also in Ukraine.

On Thursday, Russia had launched attack by land, air and sea after a declaration of war by President Putin.

Sources said that an estimated 100,000 people had fled as gunfire and explosions rocked major cities.