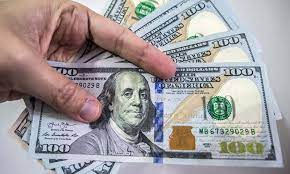 KARACHI: The Pakistani rupee continued to fall for the 14th consecutive session on Wednesday and hit a new historic low against the US dollar amid a shortage of the greenback in the country.

The rupee has been one of the worst performing currencies in the emerging markets and has fallen by nearly 9% so far this month owing to wide-ranging factors.

In the interbank market during intraday trade, the rupee plunged to 240 after losing 1.09, according to Investing.com, down in value from the previous session’s close of 238.91.

Floods have affected 33 million Pakistanis, inflicted billions of dollars in damage, and killed over 1,500 people — creating concern that Pakistan will not meet debts.

Pakistan was able to resume the International Monetary Fund’s programme (IMF) and get a $3 billion rollover from Saudi Arabia, but the unprecedented floods have overshadowed everything else and led to a hit of at least $18 billion to the economy, which could go as high as $30 billion.