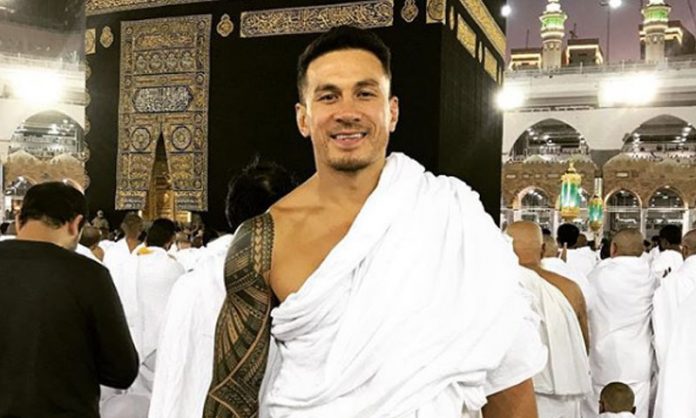 All Blacks and Blues rugby superstar Sonny Bill Williams, who is on preseason training, has paid a visit to Mecca to perform Umrah.

The All Blacks star took the trip to the city in Saudi Arabia before commencing preseason training with Super Rugby team the Blues.

He has been posting pictures of himself on Twitter and described the experience as “an amazing feeling”.

Williams said on Tuesday that he had spent the morning visiting the Baghi Cemetery and “making dua” for some of the greatest people in Islamic history.

The trip was an Umrah pilgrimage, rather than the famous Hajj, as it was being undertaken at the wrong time of year for the annual mass gathering of Muslims in the central location of the faith.

What an amazing feeling visiting the prophets(as) holy masjid in Madinah.

Before making the trip, Williams spent a month training with friend Quade Cooper, preparing for the 2018 rugby season.