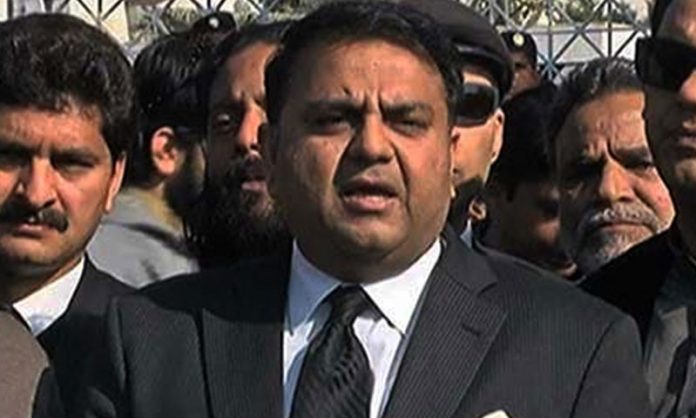 ISLAMABAD: Former information minister Fawad Chaudhry on Wednesday claimed there were reports that the National Assembly was being run on “phone calls” which he described as an “anomaly” in the country.

“You are seeing what has been happening in parliament for the past three days. Two days ago, BAP (Balochistan Awami Party) said that the assembly is being run on phone calls. Yesterday, Fehmida Mirza said the same thing,” he said at a media talk outside the Election Commission of Pakistan (ECP) alongside PTI leaders Shireen Mazari and Asad Umar.

Fawad was referring to comments made by Aslam Bhootani, an independent MNA from Gwadar, during the budget debate in the NA earlier this week.

The lawmaker had lodged a strong protest against Planning Minister Ahsan Iqbal for not including development schemes in his Lasbela constituency in the Public Sector Development Programme (PSDP), despite repeated requests by PPP’s Asif Zardari, and even Prime Minister Shehbaz Sharif.

“Then, I requested those [quarters] from where we normally receive telephone calls — if their calls still held any weight — to ask Ahsan Iqbal,” said Bhootani without elaborating further about the telephone calls.

Khalid Magsi of the Balochistan Awami Party (BAP) had also expressed similar feelings, saying that it seemed that those who were desperate to obtain their support at the time of the no-confidence vote, “do not like our faces now”.

In the media briefing today, Fawad claimed that the assembly was no longer independent as its “biased” speaker was running a “biased” session.

“This news has caused an anomaly in the country,” he stated, stressing that for economic stability, it was extremely important for Pakistan to be politically stable.

Fawad said Pakistan’s Constitution had been “abandoned” since May 25, claiming that none of the functions in the state were being performed as per the Constitution. “Why isn’t the Supreme Court hearing the reference filed by Faisal Vawda? Why isn’t it forming a commission on the cipher despite several letters by the president?

All these things, the former minister said, were causing a crisis in the country. “And the only way out is to to hold fresh elections. Political stability comes when you abide by the Constitution. And that happens when you go towards fresh elections.”