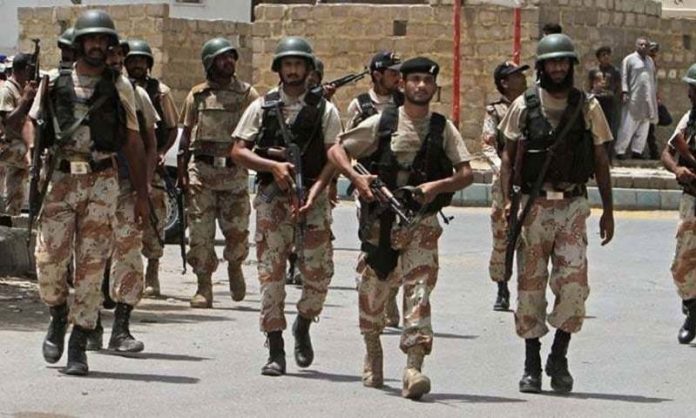 Karachi: Government deployed rangers outside the Pakistan Steel mill due to the protest of fired employees,here on Wednesday.

Fedeeral cabinet has approved the deployement of rangers outside the PSM.

According to details,due to the protest of fired employees the government has decided to deployed the rangers outside the PSM, The federal cabinet has accepted the circulation summery of Interior ministry.

The summery stated that,the fired employees protests with their family members and they attacked on the office of Pakistan Steel Mills CEO on 11 January.

The rangers deployed for the safety of on-duty employees of PSM,summery added

It is to be mention here that the fired employees of Pakistan Steel mill protests against the government for being fired from emloyement,Due  to this PSM management requested the interior minster for  rangers security through ministry of industry

After the approval of interior ministry the ranger’s troops deployed outside the Pakistan Steel mill.