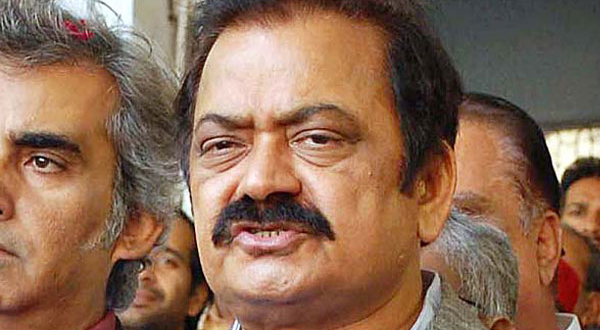 KARACHI: Describing those involved in “enforced disappearances” of political workers, human rights activists and other individuals as violators of the Constitution, Interior Minister Rana Sanaullah claimed to have taken up the matter in line with the premier’s directives, which included a comprehensive plan to address the issue that, he said, was “more painful than death”.

However, talking to reporters after meeting coalition partner Muttahida Qaumi Move­ment-Pakistan (MQM-P) at the party’s temporary headquarters in Bahadurabad, the interior minister apparently conceded the government had limited writ in this regard.

When asked that some enforced disappearance cases dated back to the previous governments of the PML-N and PPP in the centre, he said: “There’s no denying and we all know that how much writ successive governments have had and [the current one] still has in this regard and what are its other aspects.”

He reiterated this in a tweet later on, saying: “It’s a matter of embarrassment for the state that instead of bringing people under the law, they are disappeared and then their bodies are found. Everyone knows the extent of the governments’ writ in this regard. I assure you that we are trying to solve the problem through reconciliation rather than confrontation.”