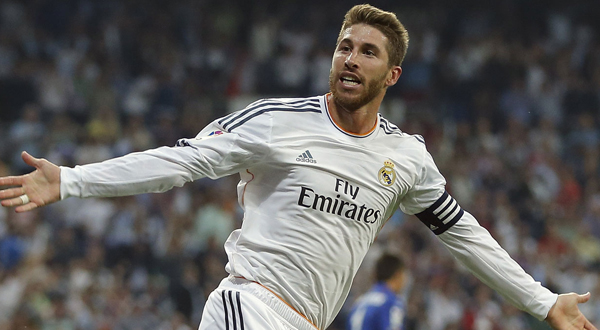 The Spanish international will join club president Florentino Perez in a signing ceremony on Monday.

Manchester united who were interested to sign the defender made a £28.6m bid for the 29-year-old earlier in the summer as contract talks stalled.

Ramos, who scored an injury-time equaliser as Real beat rivals Atletico Madrid in the 2014 Champions League final, will be contracted to stay at Real until 2020.

He is the longest-serving player at the Bernabeu and was made captain by new manager Rafael Benitez after goalkeeper Iker Casillas left for Porto.

Ramos was signed from Sevilla in 2005 and has 128 caps for Spain, winning two European Championships and the 2010 World Cup.