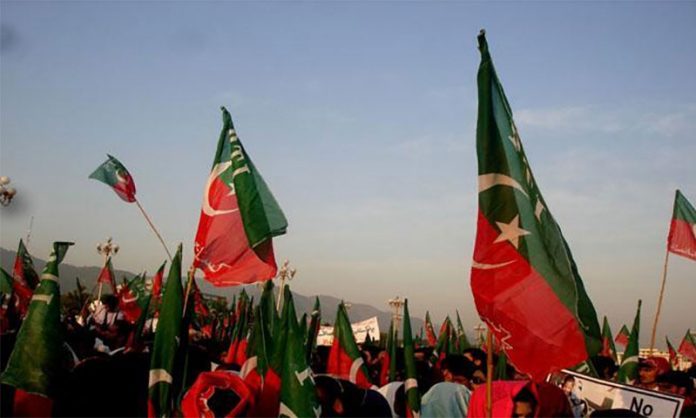 ISLAMABAD: The government has decided to seal the red zone of the federal capital.

Yesterday, PTI Chairman Imran Khan had announced on Sunday that his party’s much-anticipated Islamabad long march will begin on May 25 and he will meet his workers and supporters at 3pm at the Srinagar Highway.

Khan made the announcement while holding a press conference in Peshawar after concluding a meeting of the PTI’s core committee. The former prime minister was flanked by several party leaders, including Shah Mahmood Qureshi and Mahmood Khan.

Later, taking to Twitter, he told his followers that he wants the “entire nation to come to Islamabad” adding that he would be leading the long march from Peshawar.

During the presser, Khan demanded a date for a fresh election as well as the dissolution of assemblies. He also sent a message to the country’s military and asked it to adhere to its promise of “neutrality.”

He said that people from all walks of life should be joining his long march, especially women, and added that he will remain in Islamabad for as long as it will be required.

“We are ready to sacrifice our lives but will never accept these thieves ruling the country,” he said. “We need a date for the fresh elections and a dissolution of the assemblies.”

The former prime minister said that the PTI had always been a peaceful party and had “never instigated violence or chaos.”

“This isn’t politics, but this is jihad (holy war). If they [the government] tried to stop the long march, that would be illegal and we will take action against it if that happens.”