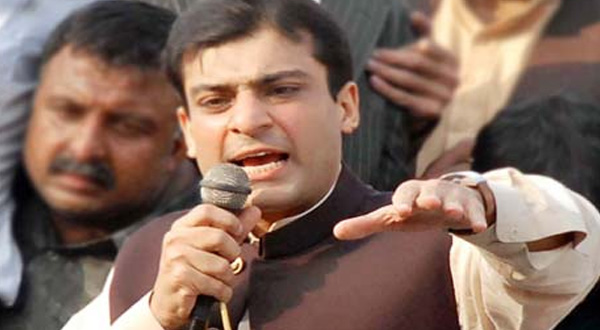 LAHORE: Leader of the opposition in the Punjab Assembly Hamza Shehbaz has said that fraud that started from crores will go up to billions of rupees.

The PML-N leader told media that the report of the Election Commission of Pakistan’s scrutiny committee is the first drop of rain and confirmed that Pakistan Tehreek-e-Insaf (PTI) has received funds from foreign nationals and companies.

He said that PTI hid funds and dozens of bank accounts and now Imran Khan’s achievements have begun coming to lime light.

Hamza Shehbaz said that the authentic report against PTI indicates theft and suspected funding. It is very important to further investigate the matter and bring facts before the nation, he added.